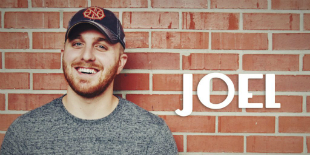 It’s no secret that I am a massive sports fan. I mean, walking into my cubicle here at the LifeSongs’ offices is akin to walking into a local sports themed restaurant or bar. My 8×8 space is quite literally covered in New Orleans sports memorabilia. Bobble-heads, pennants (so many pennants), street signs (I.E. Pelicans PT., LSU AVENUE), magnets on the metal cabinets dating back to the New Orleans Hornets 2011 Schedule and my beloved alma mater: the pride of the Westbank: The Archbishop Shaw Eagles; and so forth.

I’ve been this way as long as I can remember, admittedly to a fault. Moods can rely on outcomes sometimes, days are planned around games, many an experience goes by the wayside because of games, etc. I may be just a tad too devoted. And yes, I’m still bitter about January 20th, 2019 and always will be. Not sorry.

That is why I can remember exactly where I was, what I was eating, who I was with, and what the weather was like when my best friend and I watched in amazement this outcome in 2012:

The New Orleans Hornets (pre-Pelicans rebrand) won the NBA Draft Lottery and would go on to select star prospect from Kentucky, Anthony Davis.

Now allow to me explain how the NBA Draft system works as simply as I or Wikipedia can:

“The NBA draft lottery is an annual event held by the National Basketball Association (NBA), in which the teams who had missed the playoffs the previous year participate in a lottery process to determine the draft order in the NBA draft. The NBA Draft lottery started in 1985. In the NBA draft, the teams obtain the rights to amateur U.S. college basketball players and other eligible players, including international players. The lottery winner would get the first selection in the draft. The term “lottery pick” denotes a draft pick whose position is determined through the lottery, while the non-playoff teams involved in the process are often called “lottery teams.”

Under the current rules, only the top four picks are decided by the lottery, and are chosen from the 14 teams that do not make the playoffs. The team with the worst record, or the team that holds the draft rights of the team with the worst record, has the best chance to obtain a higher draft pick. After the top four positions are selected (from the lottery slotting system), the remainder of the first-round draft order is in inverse order of the win-loss record for the remaining teams, or the teams who originally held the lottery rights if they were traded. The lottery does not determine the draft order in the subsequent rounds of the draft.” (Wikipedia)

Hopefully that provides some clarity. Back on track now.

After that magical night happened in 2012; there were seven years full of memories, a rebranding of the team, a bevy of injuries to a promising young team wound up resulting in average play and lackluster fan support from a city that seemingly only cares about football. Understandable.

Support for the Saints never wavered, and why would it? Despite Bounty Gate and three straight losing seasons, the team continued to sell out and be loved unconditionally, including by me! That’s how it’s supposed to be. No matter the highs, no matter the lows, we band together as fans and a community. One could argue nothing brings a community or a fan base together like some adversity.

On January 20th, 2019, New Orleans Saints fans took a devastating hit. A hit that wasn’t legal in any form and should have flagged, subsequently costing the Saints a chance at the Super Bowl. Not but two weeks later, New Orleans Pelicans star Anthony Davis requested a trade away from the team. Insult to injury.

The team didn’t grant Davis’ wish (at this point still haven’t), but did essentially decide to not play him for the rest of the season. Our wonderful owner Gayle Benson decided it was time to make some changes around the house and hired a new Vice President of the team, General Manager, and Head Trainer– much needed changes. Things began looking up after looking so bleak.

Remember when I told you about the NBA Draft Lottery and how it works? Go back and read it if you have to!

The Pelicans were participants this year. They had the 7th best odds of obtaining the number one pick, a mere 6% chance! New VP David Griffin sat anxiously, yet calmly, as the picks were announced. It was when the reading for the 7th overall pick came and went, only to realize the Pelicans were not there. This could only mean one thing: they’ve jumped into the top 4 of the draft and possibly have a chance to obtain the number one overall pick.

You know how this story plays out. And just in case you don’t, I’ll let this video of the Pelicans ticket representatives reaction show you what happened.

Things are looking up for the Pelicans. And I’m excited. You should be too. The Pelicans will have a chance to acquire a prospect from Duke. His name is Zion Williamson and he’s thought to be the best prospect since a guy named LeBron James came into the NBA. Ever heard of him?

I know this wasn’t blog wasn’t about me other than my infatuation for sports, nor was it anything overtly deep or religious. But I would like to get you excited about this team. This is not a promotion. Just a super fan asking if you wanna come along for the ride. It’ll be fun. I will leave you with one fun fact, though.

Zion is the hill of Jerusalem on which the city of David was built.

Zion, the young basketball phenom from Duke, will be the foundation of the team that new Vice President David Griffin is building.

At the very least, it’s a fun coincidence!