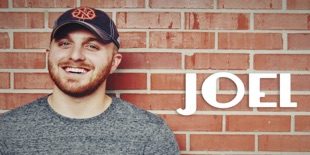 Growing up I didn’t have an incredible amount of chores. I’m sure this is something most people would be reluctant to admit, but hey, I’m just being honest here. My duties were rather small so long as I kept my room clean, took out the trash, and remained respectful. But there were those times, the always incredibly convenient times, that I would be woken from a dead slumber early on a crisp Louisiana Saturday morning to tend to the garden. This always included weeding the garden, and oftentimes re-mulching, trimming, and planting. When I was woken up with such intentions, my frustrations were plentiful because I knew that I hadn’t just lost precious sleep, but I had lost an entire weekend.

Over the years, such a duty had made me keen to a well groomed garden. I can respect the efforts and, most likely, blood, sweat, and tears that went into not only making such a wonderful garden, but also maintaining it.

So that’s why when sitting and listening to my college/young adult Pastor preach a sermon on dating, a garden analogy struck me deeply. To paraphrase, he was speaking about finding someone with a plan for their life, and he compared it to having a “garden.” He encouraged both boys and girls to ask “what’s your garden?” to someone they may be interested in. Immediately, I was consumed by such an analogy. It’s an analogy that I probably took a little too literally, but whatever works for you works for you I suppose, and this worked extremely well for me.

I left the service feeling fed, almost as I always do, but this time slightly perplexed. “What’s my garden?” I thought to myself. About a week of discernment passed and honestly I didn’t really have an answer. And to be honest, I still really don’t know if I do have such an answer. But taking into account those countless Saturdays I spent working on my family’s garden, as I thought about an answer, I felt as though I took the analogy deeper and deeper. Ultimately, I resolved with this:

Truthfully, I’m not quite sure what my “garden” is. Luckily, I’m young enough to the play “I’m still a kid” card for at least another year (hopefully). But what I do know is my garden has to start taking some direction soon and I know that with the right foundation, my garden could surely flourish. I know that I have a great foundation with rich soil full of nutrients that God has provided me with that will allow anything that will be planted by Him to bloom. I’m aware that I may have some weeds that may need to be pulled as well and that’s what I’m working on. As long as I continue to be faithful and keep my soil pure, rich, and fresh; I know God has incredible plans beyond my wildest dreams for my garden.

Once again, it’s an analogy I probably took too literally. Maybe I did, but it was a little wake up call that I needed. I encourage you to ask yourself, no matter your age or your journey: what’s your garden?