I love superheroes. From Greek mythology to DC and Marvel comics – the idea of super powered individuals who can save the day is super cool. Also, did you know superheroes are in the Bible? For real! Check out Genesis 6:4. 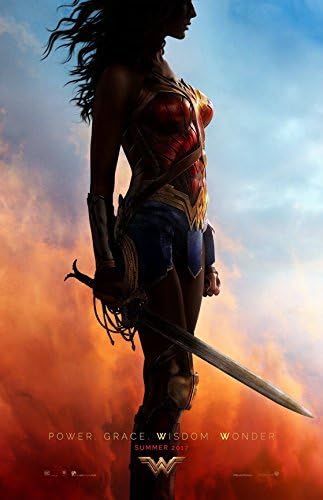 One of my favorite superhero movies came out a couple of years ago: Wonder Woman. (And we are supposed to get a sequel sometime this year! Fingers crossed!) Set during World War I, the first Wonder Woman movie tells the story of Princess Diana of Themyscira stepping into her birthright as a protector of mankind.

In order for Diana to transform from a naive princess into Wonder Woman she must learn a deeper understanding of the human heart. It’s messy; often not black and white, but shades of gray. The movie features actor Chris Pine as the love interest, Captain Steve Trevor. He’s a pilot and a spy and has to explain to Diana that the War to End All Wars isn’t between a good guy and a bad guy – that both sides of the conflict have done terrible things.

Everyone has blood on their hands.

To quote the Bible, “All have sinned and fall short of the glory of God.” (Romans 3:23)

When you look at the world around you, it is evident that we all have sinned. The consequences of sin are everywhere in this broken place. But don’t despair. Don’t give up hope. You see, God has a plan and a purpose for this place. His story (Get it? HIStory!) is one of redemption. From the valley of the shadow of death is where we learn to fear no evil. We actually have a real superhero named Jesus who conquered the enemy – and that enemy is not the person to your left or right – it’s sin and death.

We are going to face great challenges in the coming months and years. That’s a guarantee. We are going to make missteps and mistakes and stumble upon some solutions too. When History comes to an end, it is God’s eternal Kingdom that will be the replacement for this broken world. We are encouraged in God’s Word to live each day as if it is the last day before God’s Kingdom comes. I think if we genuinely do live like that, the world will see a bunch of Christians acting like real superheroes.

We might not be able to fly or have super strength or speed – but the Love we can show? That is beyond super.