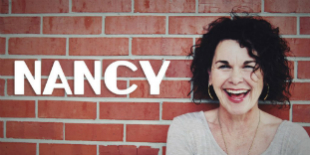 Recently, as I was sharing about a struggle in my life, my mom gave me a copy of The Serenity Prayer. I didn’t realize until then, that it was so much more than the often quoted first 3 sentences of a prayer and that it has an incredible back story!!

For many people who attend 12-step programs, reciting the Serenity Prayer comes as naturally as breathing. So it may come as a surprise to learn that the prayer was originally conceived not as an antidote to addiction but in response to the barbaric evil of Nazi Germany that threatened civilization itself during World War II. Written during the darkest depths of the war by the theologian Reinhold Niebuhr, a first-generation German-American, the prayer captured the dreadful ethical predicament faced by Niehbur and his fellow German anti-Nazi comrades in the United States, who were safe from persecution but powerless to intervene against Hitler.

Can you even imagine the faith it must have taken for Neihbur to write these words as his good friend Dietrich Bonhoeffer was hanged in April 1945? Bonhoeffer died while trying to rescue jews in Nazi Germany just weeks before Hitlers suicide and Nazi surrender.. Of course, as I read the foundation of how this prayer came to be , I feel so humbled! My life’s struggles don’t even come close to what was weighing so heavy on Niebuhr. It’s only in that place of desperate lack of control that Neibhur was able to write the words that would profoundly sum up so many thoughts and emotions in a short paragraph. It’s like he had a peek into my own journal of struggles!

For me, losing control , or those times when you feel powerless is where is my faith waivers , and I admit it puts me in turmoil and unrest. Ironically, those words have the exact opposite meaning of the word serenity! One definition for Serenity is the state of being calm, peaceful, and untroubled. Note the definition of serenity refers to a state almost like a place, or destination. Sometimes the only way to deal with losing control is to control your destination! A destination or state of mind that removes you from the turmoil and unrest and brings you to sitting in the only calm and peaceful place like God’s presence.

When you make plans to go somewhere, like a destination, it is always planned and intentional, I pray that Serenity can be a place that you dwell in always…

The Serenity Prayer by Reinhold Neibuhr:

God, give me grace to accept with serenity
the things that cannot be changed,
Courage to change the things
which should be changed,
and the Wisdom to distinguish
the one from the other.
Living one day at a time,
Enjoying one moment at a time,
Accepting hardship as a pathway to peace,
Taking, as Jesus did,
This sinful world as it is,
Not as I would have it,
Trusting that You will make all things right,
If I surrender to Your will,
So that I may be reasonably happy in this life,
And supremely happy with You forever in the next.