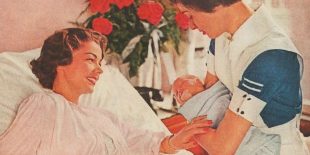 Today (Tuesday, February 5, 2019), LifeSongs turns 40 years old. That’s quite the accomplishment for a local Christian radio station! Literally generations have heard the Gospel of Jesus – and GREAT Christian music – on LifeSongs. Perhaps this radio ministry holds a special place in your heart … We would love to hear your stories! Share them with us on Social Media, email or call us at 855-816-8581.

The LifeSongs of TODAY is only possible because of the LifeSongs of YESTERDAY. Have you ever heard the tale of how LifeSongs was born? Well sit right back and read the secret (not really) sordid (definitely not) History of LifeSongs! 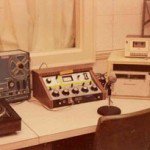 The History of Lifesongs

In 1976 the world had not yet been introduced to Star Wars, but what would become LifeSongs radio was on one man’s mind. Mr. R. Kent Phillips was in school for a Master’s degree at the New Orleans Baptist Theological Seminary. Having a background in radio, he felt New Orleans would benefit from an educational, Christian FM radio station. Mr. Phillips obtained permission from his school to file construction permits and broadcast paperwork with the Federal Communications Commission. Thus began the journey to LifeSongs radio – with only a used radio console, donated by evangelist Bob Harrington, and a little hope.

It took three full years of applications, rewrites, and compromises before the FCC granted a station license. Finally on February 5th, 1979 WBSN began to broadcast Christian radio to New Orleans on 89.1 FM. Of course the initial station had the broadcast range of a hairdryer – only 10 watts of power made the listening family of WBSN pretty small. By April of 1986, WBSN was broadcasting at 10,000 watts and reaching thousands of families as LifeSongs radio! What started as a record player and a single microphone cobbled together in a library closet has since become a modern multi-studio, computerized digital radio station. 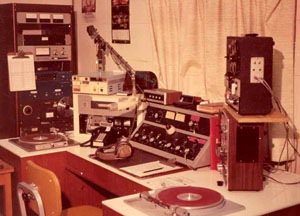 Many staff members have passed through the studio doors, leaving their own unique footprints. There have been changes in music styles and ministry programming, yet LifeSongs has always persevered. Most recently after Hurricane Katrina knocked the station off the air for over six months, WBSN managed to return. Having lost a transmitter, staff, and six months of support, God made a way for WBSN to return and help bring a healing message to Southeast Louisiana. It’s the same message that LifeSongs has been committed to broadcasting since the beginning of February 1979. That message has always been “God is good, all the time.”

THANKS FOR YOUR CONTINUED SUPPORT FOR THE MINISTRY OF LIFESONGS, AND FOR TAKING A TRIP DOWN MEMORY LANE WITH US!