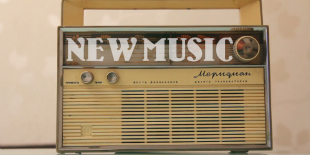 “When it rains, it pours.” Have you ever used that expression to describe a tough season in your life? The members of Big Daddy Weave can identify. They’ve been through some storms, including the near death of Jay Weaver, the passing of Mike and Jay Weaver’s father, and the diagnosis of their mother with cancer. (Pray for them!)

Mike Weaver says that’s the reason he knew they were meant to record their new song, “Alive” (written by Zach Williams, who had an a-ha God moment himself when he heard Big Daddy Weave’s song, “Redeemed.” Talk about full circle!) Mike says it speaks of their lives as they come out of the gates in this new season, and is a declaration of LIFE.

Have you ever been in a situation where you knew you felt stuck? Desperate? Like you couldn’t go back to where you’d been, and it was impossible to move forward unless God intervened? That’s exactly where the Israelites found themselves in Exodus 14: in need of God’s miraculous power. That’s what inspired Hannah Kerr as she was writing her song, “Split The Sea.”

All we can do in those moments is choose to surrender, knowing that our God is still the God of miracles. He is the same yesterday today and forever, and we can trust and believe that His plan is greater. Hannah says she hopes it encourages you to declare that our God does the impossible and He truly can still do miracles in our lives today.

Listen for “Alive,” “Split The Sea” and “Till I Found You” on LifeSongs!