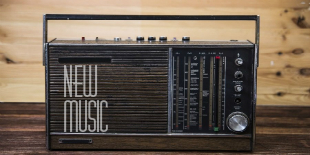 Have you ever known someone who has overcome seemingly impossible odds? For MercyMe, that someone is Gary. After going into septic shock last year, Gary lost all four of his limbs. His tenacity to press forward and learn to do life in a different way gave MercyMe the idea for their powerful song, “Say I Won’t.”

Bart Millard says, “it all started with first just acknowledging grace, identity, and understanding who we are in Christ. There’s a lot of Christians out there that simply forget that the same Spirit that raised Christ from the dead now dwells inside of us twenty-four hours a day. When you realize that… everything changes! It’s like having the Batman utility belt around your waist and looking down for the first time and realizing it’s been there the whole time because that’s when everything changes – that’s when people start living. It’s a challenge to live with the mentality that you can do all things through Christ who gives you strength, and I dare you to say that you won’t. The music video tells the story of Gary Miracle – our first merch guy who recently lost his arms and legs. He just personifies the whole message of the song and is someone that I have walked through this grace and identity message with for years. As you hear this song and watch Gary’s story, I hope you’ll be moved and touched and realize what you are truly capable of through Christ.”

Joel and Luke Smallbone are believing that 2021 will be a year of renewal, redemption and rebirth. Can I get an amen?! That’s the theme in for King & Country’s song, “Amen.”

Luke shares, “One Sunday last year, I heard the minister speak about the meaning of baptism and I felt compelled to make that statement as an adult.. there was a tangible moment as I rose out of the water where it felt as though time stood still and a new day had begun. And from it came this song (and music video), “Amen” it’s one of transitioning from death to life. If you feel the way I do, let’s spread the word together!”

Listen for “Say I Won’t” and “Amen” on uplifting LifeSongs!